The Nenagh Players - A Night of Comedy 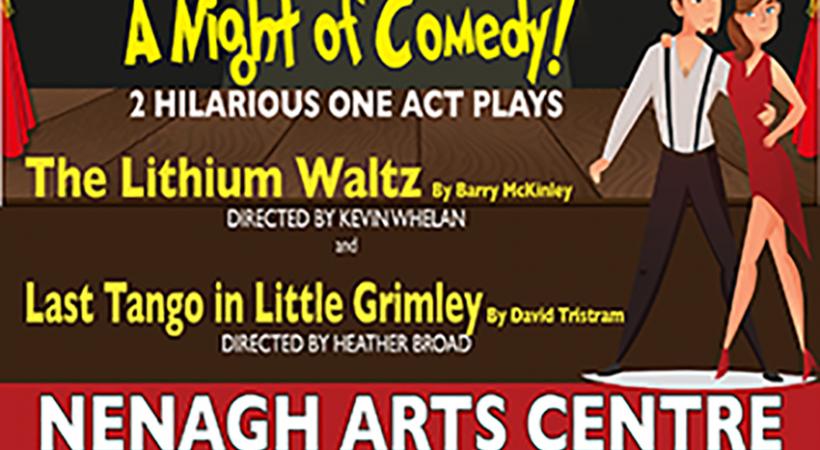 A night of Comedy consists of Two hilarious One Acts, 'Last Tango in Little Grimley' by David Tristram and 'The Lithium Waltz ' by Barry McKinley Last Tango in Little Grimley' by David Tristram will be directed by Heather Broad. The Little Grimley Amateur Dramatic Society are in trouble. Membership has dwindled to four, the audiences aren't much bigger, and if they don't come up with some rent money soon, they're going to be thrown out. 'The Lithium Waltz' By Barry McKinley will be directed by Kevin Whelan. A black comedy set in a psychiatric hospital which tells the tale of Billy Carson. Billy is in for an assessment to determine whether this hospital should be his new home. While there he gets some useful dance tips from Tommy Tango, learns about lies from the demon-with-the-clipboard Priscilla, acquires a taste for 'rocket-fuel' from The Professor and is shown the ropes by know-it-all Joanie O' Reilly.