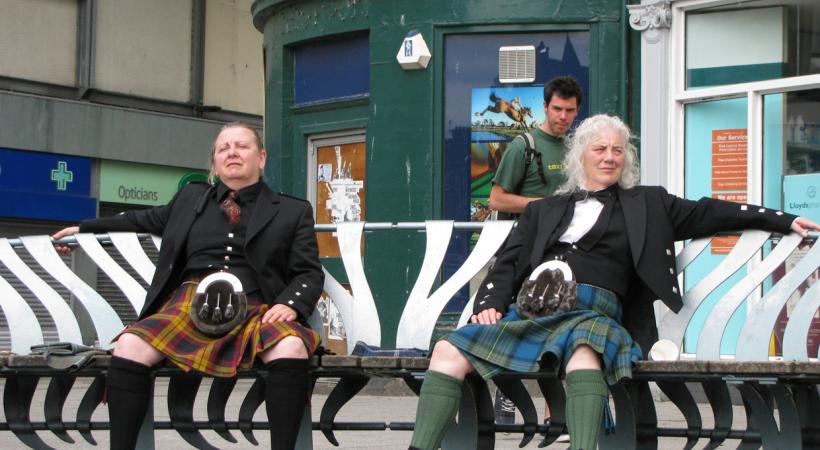 Walking in the Way is a series of performances by Pauline Cummins and Frances Mezzetti, begun in 2009, where the artists appear as men and represents a decade long collaboration between the artists. It is a timely showcase of contemporary thinking on gender issues and challenges the perceptions of what is culturally viewed as normal public realm negotiations from a gendered stance. Women throughout their lives experience vulnerability in public space, have a sense of not belonging, with the implication of impropriety or deviant sexuality for walking alone on a street – a fact once again all too close to the bone with recent tragic events. What began, a decade ago as a project that informed the artists’ themselves about the different ways in which men and women occupy space, has grown into an exploration of different cultural assumptions about the right of ownership of the spaces of our daily lives, whether in Northern or Southern Ireland, England, Scotland, Spain or Turkey. The show will also launch a new publication, Walking in the Way: Performing Masculinity, edited by Catherine Marshall and including essays by Dr Áine Phillips, Dr Kate Antosik Parsons and Nieves Correa. ‍